Thanks to Ed Wray for the pick.
Posted by Jeff Pickthall at 11:58 am No comments: 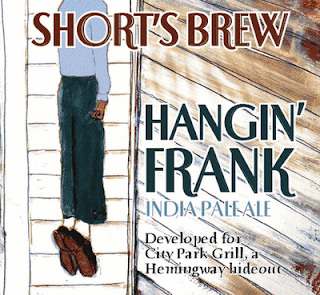 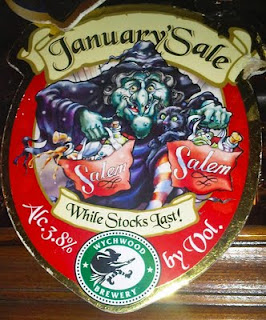 We're a bit late with this one. It's still shite though.
Posted by Jeff Pickthall at 11:54 am No comments: 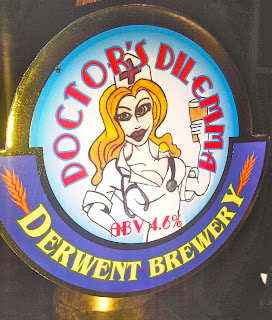 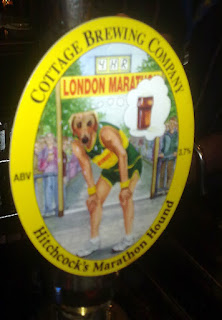 Just WTF is that mutant dog-man?

Thanks to Neil Gerrard for the pic.
Posted by Jeff Pickthall at 11:48 am 4 comments: 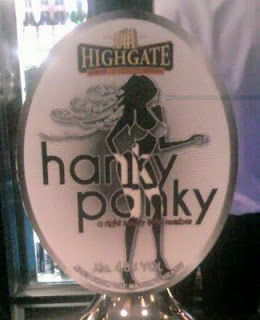 Thanks to Robbie Pickering for the pic.
Posted by Jeff Pickthall at 11:46 am No comments: 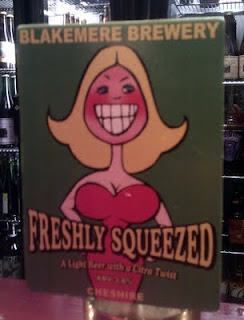 What exactly have been squeezed? Oh, I get it snurfle, snurfle.

We should be thankful they didn't call it "Fleshly Squeezed."

Apologies to the person who submitted the pic, we'd give you a thank you but we've forgotten your name.
Posted by Jeff Pickthall at 11:44 am No comments: 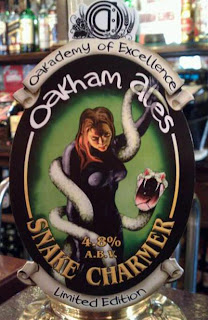 Words fail me.
Posted by Jeff Pickthall at 11:40 am No comments:

The best beer name ever : Official 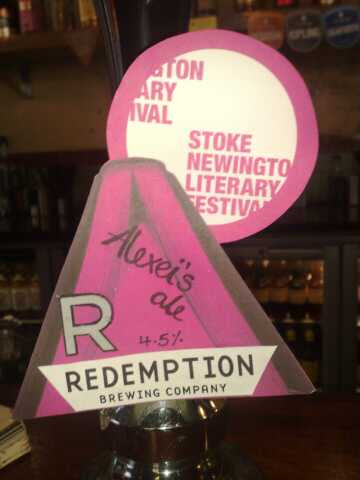 Many good things begin with B: Beatles, Bach, Bread, Beer (of course) and Books! Which is why the Stoke Newington Literary Festival is one of the best around as not only is it filled to the brim with top authors and poets but also it must be the only arts festival to have Two bespoke beers brewed in it's honour.

Not only where these brews from Redemption and Brodies breweries wonderful, complex and delicious they had  the best beers names EVER. Brodies "festivale" went by the Gothic marvel "Cask Of The Red Death" in honour of local schoolboy resident Edgar Alan Poe.

And in a breathtaking example of pun fun, Redemption's brew went by the world beating title of "Alexi's Ale"  in honour of  Saturday night's headline act*.

(There may be some of the Redemption left at The Jolly Butchers on Stokey high street if you're lucky.)

If you want to  attend next years festival and you mad not to follow them on twitter @stokeylitfest or by email at info@stokenewingtonliteraryfestival.com


Update: from BLTP: for some made reason I can't comment on this post I just get sent round in loop and the comments don't show up. In answer to comments below Suffice to say we haven't told Captain yet and Jeff there's nothing wrong with puns in beer names if they are brilliant like this one ; ))))
Posted by BLTP at 8:42 pm 2 comments: