I Blew A Bear 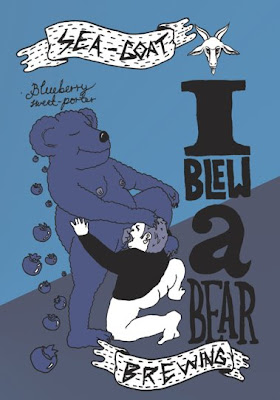 Hello, pumpclip parade - londonbeer.wordpress.com is a big fan! I just found this via new Swedish microbrewery SeaGoat Brewing - not a pumpclip but a label, but I thought it was still worth sending in as it is perhaps the most staggeringly inappropriate and explicit beer label I've ever seen, and that's saying something. Enjoy! Or rather, you probably won't. Seehttp://sea-goat.tumblr.com/ for more atrocities form the brewery.

Posted by Jeff Pickthall at 6:43 pm

Email your dodgy pumclip pics to pumpclip.parade@googlemail.com (Please use jpg and keep the images quite small, certainly no more than 100kb).
If you are the copyright owner of any of the images featured on PumpClipParade and you wish them to be removed, please email us and we will do so post haste.